M IS FOR MARCH, THE PLANET MARS, THE GOD OF WAR.

DIG THE UNIVERSITY SCENE WITH A "GANGSTA LEAN" IN THIS CALENDAR.

is for LEAP DAY, Saturday (named for Saturn) February 29, 2020 occuring only once every four years (like the mondiale, or the presidential elections or even perhaps some types of graduations, which are naturally graduations from the Uriel University system of angelic education! ) four years that is except in years divisible by one hundred, and according to our "lunisolar" calendars. For astronomers a fascinating idea, attributed to Julius Caesar by some but much older in its inceptions.
Also significant because somehow the university needs to document the rules of loot on paper rather than just having Leon Look after the Loot on Lampedusa. Though, one does have to admit Lampedusa is a cool little Land with a Luxurious Lungomare aLongside Libya

February 27 is Thursday, Giovedi, named for Giove or Jupiter but check out what Venus is doing in the sky tonight if it's clear where you are. Also, don't believe in the death of Christ? During this Christian holy season, Pray instead for these people here, who are most definitely sentenced to death:The next to die. 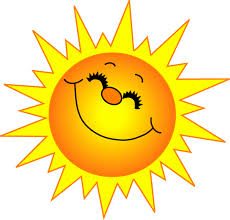 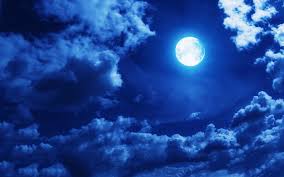 MONDAY IS NAMED FOR THE MOON. Observe the moon--its a good way to breathe the night air. What Phase is the moon in? What house? If full, try to perceive what the mexicans call the Rabbit.

TUESDAY OR MARTEDI, NAMED FOR MARS. Mars is the fourth planet from the Sun and was named for Mars, the god of war.

WEDNESDAY OR MERCOLEDI, NAMED FOR MERCURY. Mars is the fourth planet from the Sun and was named for Mercury the Messenger (thus Uriel's colleague as anglos means messenger)

VENERDI OR FRIDAY IS NAMED FOR THE PLANET VENUS.
"FRACASSI D"AMMINISTRAZIONE OVVERO DEI VOLCANI D"AMORE" THE STAR CROSST SKIES.
YES V is for VALANGA and VIXEN AND VENUSIAN Valentine and we all want fridays to be about VACATIONS!!!! but remember valentine origins with valor, which we need to fight the Moons of Mars, the God of War. Doesnt' it seem that Mars often wars with Venus on Friday creating FRACASSATI FRIDAYS?

STARRY NIGHT BY VAN GOGH
The background of this page is one of the most recognized paintings of our times: Starry Night, by Vincent Van Gogh. This painting was done "whilst" Van Gogh recuperated from cutting off his ear in what is widely understood as a lovers spat by staying at the mental hospital at Saint Remy en Provence.
San Remy was an exclusive place (think MacLeans Hospital in Belmont Massachusetts). Because Van Gogh was of the monied class, had checked himself in, because his situation was known, and because the property had so much disposable space, Van Gogh occupied a whole wing as a studio and there it was that he made this painting, probably thinking of the Nativity since it was around that time that he cut himself.

THE PLANETS AND THE DAYS OF THE WEEK.
It's easy to overlook the fact that the calendar is based on the heavenly bodies, since most of the heavenly bodies are difficult to see in our times due to light pollution. (but perhaps that is part of the reason we suffer so much from mental distress and anxiety--let's be frank, Van Gogh is not alone.)We need look no further in the English language than Sunday, day of the sun, and Monday, day of the moon. The remainder of the English days keep their norse God names which we are not so familiar with such as Thor and Freia. However, If we take the Roman language, we have Lunedi day of the Moon, Martedi day of Mars, Mercoledi day of Mercury, followed by Giovedi day of Giove or Giuppiter, and Venerdi for Venus, Sabato and Domenica came from the Sabbath and the day of the Lord but Saturday is from saturn.

GOD, GALILEE AND GALILEO
The title "Astron University" was a nod to Galileo and his trial which should be examined without prejudice as an example of how pride can cause division on both sides of an argument. The title has been changed to "Uriel University" (who is also the patron of Oxford University) to again admit the possibility that there might be intelligences behind these phenomena of light and energy. The idea is still the same. The school newsletter/calendar is and always was intended to be an introduction to astronomy, a study of phosphorescence, fire, physics and force as phenomena. Why do the phenomena we call energy and matter exist? Why do they behave as they do? Why do they organize into patterns of position and movement? For clearly, this has been the case since long, long before human beings began to be aware of it.
VERSO L'ALTO!
Frassati's motto was also true of ancient astronomer/guru/prophets who climbed mountains to have a better look at the stars or to speak to their divinity. There should be periods of rest and reflection that accompany all human labor. Our University calendar has are three trimesters per year, they begin in January, May and September, each one has 16 weeks followed by a week break (two weeks at the end of December). The university does not place a great deal of importance on deadlines or time frames, and participants are free to organize their own schedule. We note this information to learn about the planets and stars, and also for administrative record keeping purposes. For admin propositi: 1 July review mission. 1 August review accounting plant. 1 sept review residence gardens.
FUN RAISING FRIDAY. LOL Remember that? Here's a fun song for you guys.
Its about a mouse that scares his gf, loves wine, and won't eat cheese if it's not italian. And traps Lou's hand in the mousetrap.
(We forgot a lot of traditions like the calendar due to jelly the cosmic L)

You can also go to the guide, inside front cover pages for some funny law questions apropos of the fact, friday is cross day for us Christians. Especially first Fridays in February. So try not to flunk with a trpile F. JAJAJAJAJ
Of course we have to have a fund finding fellowship festival where we may auction off all articles of clothing that are holey enough to be canonized.