THE LANDSLIDE OF LIFE

"They will teach you not to shine. But you, shine."


Originally established as "The Double U Company" to provide private, anonymous guidance, advocacy and guardianship to those seeking asylum from violence
Part of that guidance included exposure to educational materials which, beginning around 2012 or 2013, began to be widely available online and thus to anyone who had access to the internet.
Fragments of a course catalogue.
The girl pictured carrying the plant is Matilda from the cult movie The Professional, who serves as an example of the "unhappy youth" who are the product of dysfunctional families and deranged authority and only want "love or death"
This booklet was not intended to be publicly distributed, but only to those who were seeking asylum.
Eventually an educational program "pedagogy of happiness" was aggregated to shine a light on the violence and the need for this sort of asylum.
The title "double U" was too commonplace for the state authorities, who insisted that for a public service corporation, a unique title was needed; Frassati intervened in an instant and the name became "Valanga di Vita".
Meanwhile, a university "program" was assembled to serve asylees who simply needed a formal representation of their education and experiences, also known as a "title" or "credential".

The university program grew out of the pedagogy of happiness and stresses three main themes, which are illustrated in popular writings whose popularity shows the universal appeal of these themes:
Eucatastrophe, the philosophy behind The Lord of the Rings and the answer to tragedy, found in the essay On Fairy Stories by JRR Tolkien. Fantasy as a genre has exploded in the 21st century after the production of the blockbuster movie
Phenomenology, the answer to authoritarian ideologies, found in the essay On Bullshit by Harry Frankfurt.Phenomenology is becoming increasingly popular across a wide range of disciplines including theology.
Garden Theory, the answer to climate change, and the particular brand of Transcendentalism described in Walden by Henry David Thoreau.Nature as a source of joy is also becoming increasingly popular.
Whatever the material chosen for study and application, these theories should serve as a foundation of happiness.

Music, art, theater, film, sculpture, poetry and the active creation of all forms of beauty would fall into the "eucatastrophe" or supernatural category.
All of the social sciences including law, politics and business would be guided by phenomenology, and all of the natural sciences, including mathematics, (which we acknowledge was the basis in many ways of Husserl's phenomenology) by garden theory.

All universities are engaged in some sort of research and this one is researching happiness, particularly the formation of a civilization of love as envisioned by Gary Davis, the former broadway actor, and as attempted by Don Zeno of nomadelfia.
We believe Uriel, Engelblau, and Pier Giorgio involved themselves because they too have this as a goal.
"The stone which the builders rejected has become the stone of the corner." 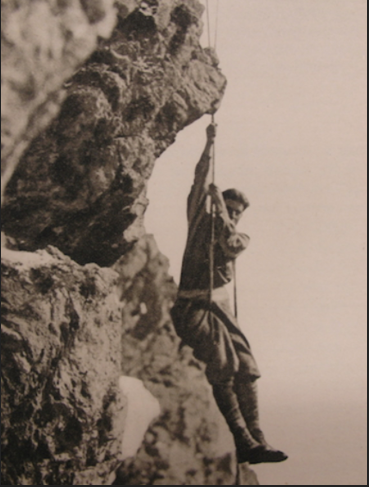 Here's how you can add an image:

To learn more HTML/CSS, check out these tutorials!