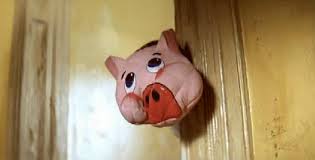 Each time you dip your toe into Stansfied's Sea, we recommend a comic remedy.
Good for the soul.

The falsely fatuous Sicilian stood in the insurance agency with a fist full of papers he could not read, but whose meaning was as crystal clear to him as a glacial spring.
The way he saw it, his little piece of terra never had nothing to do with the "government of Sicily".
For that matter, Sicily had never had anything to do with Italy, and Italy wasn't even sure whose side they were on when his father's vineyards got blitzkrieged.
So whatever he had to do to put pizza on the table, hey, he reasoned, "you gotta eat-everybody gotta eat".
It was a favorite salvo of his brother's at all times.