You may also enjoy some of our earlier political cartoons, below. 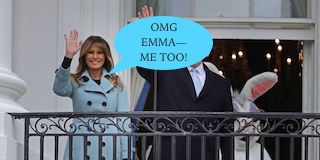 Here we study politics in theory and also in practice.
The texts are some that our friends and members suggested.
The method is to study the evolution of political ideas and practices to see how each one seems to have worked out on the earth.
The goal is Peace, but peace as Theoden would have it, not as Saruman would have it.
The texts are arranged chronologically; however, it's probably easier to start with the ones closest to us in time and work back, because if you start with Plato you might get discouraged.
Each text moreover should be studied in context so if the history is bafffling, take time and learn about it.
For this reason, take one per week so you can spend time learning about the context.

This is a reference book.
This is a historical survey from a lawyerly perspective.

THIS COURSE IS NOT AN ANTI AMERICAN "SCREED".
BROOKSLEY BORN IS AMERICAN.
IS BORN'S COMMENTARY SUPPORTED BY SOLZENHEITSEN AND VAROFAKIS?

WEEK 15: JEFF SMITH: a University Professor discusses his political career and his time in Prison