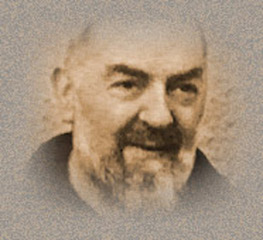 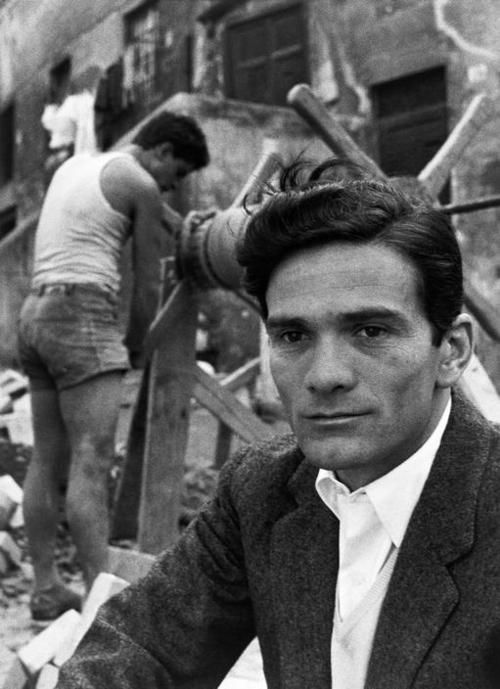 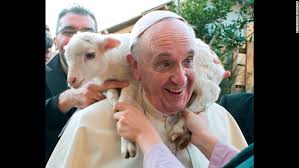 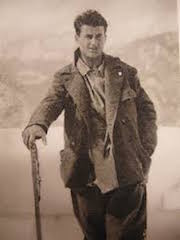 Once upon a time there was an angry kid who tried to kill his father and mother.
When his younger brother stepped in to make peace, he tried to kill him too
He did not succeed in this, but only because the other brother was lucky and had a lot of help.
However, the first brother did manage to steal all the second brother's cool stuff, and whatever he couldn't steal he broke it, burned it or buried it.
The second brother ran away, but he was homeless, and their mother kept on crying and crying.
so the second brother had to figure out what to do to make her stop crying.
He decided he was here for Vendetta--to get back at whoever it was that had made the first brother so mad.
The first brother had always hated their father,
so the second brother decided to kill the father as a vendetta, so the mother would stop crying.
While roaming about the world musing on this,
he met a Sicilian godfather who was a great authority on Vendetta.
He had given up on it, though, and was always singing and making pizza.
True, the godfather's back was sore from lifting sacks of flour, and his vocal cords were broken from singing too much,
but he told brother that this sort of life was better than the usual sicilian vendetta.
Singing always lifts my spirits, he hummed as he stoked the fire for the pizza pie.
Want a slice?

The younger brother went out to get some pizza dough and that's where he met the Puma de la Llanura.

We can't say the Puma's name just like we can't say the Godfather's name,
but the Puma was another authority on vendetta.
He was also really good at bricklaying and other types of landscaping that require a lot of muscle.
He wanted to be a professional cliff diver but he hurt himself, and ended up in another profession.
The younger brother apprenticed out to the Puma, who told him to forget about killing people for revenge.
Sure it's hot out here in the sun, and my hands are all cut up and my knees are sore from kneeling in the ground, puma said,
but it's fun to play in the fountains and rivers when you want to cool off.
Playing in the water always lifts my spirits.
"I thought cats didnt like water" said the brother.
This one does, the puma grinned as he sprayed the brother with a water hose.

At Easter time the younger brother went up to Montreal to visit some friends of his, and that is where he found out about "Piucc", the friar with the stigmata.
He was preparing for a feast at the house of E.C.,
and everyone was discussing the merits of trampling out the grape vines in your basement and then mixing the wine with 7 up and pairing it with sheep cheese.
E told him to listen to the radio to help him fall asleep in a strange house.
"It's teleradio padre pio" said E.
The voice of the frate sconosciuto seemed so very familiar--like family.
He wants to be everybodys Padre, E remarked.
One night the brother saw Piucc in a dream, standing smiling down at him as he snoozed.
Why do you have those cuts on your hands? he asked.
Are you a bricklayer?"
"No Im a merciful Padre. It's better than Vendetta" Piucc said simply.
"hurts like the devil, though."

That visit made the brother so happy he started to dance inexplicably at random moments in the streets of New York City.
That was how he met Pier Paolo,
an Italian movie producer who was planning on doing a movie there and asked him if he'd like to be in it.
New york is full of movie producers anyways, the Italian commented. But the thing is, My insides are all scrambled up too just like yours"
He confided to the brother over a plate of linguini and clam sauce.
I try to write poetry about it and nobody reads it. I make movies about it and people hate me.
What exactly is scrambled? asked the brother.
Idk just me and my mom and my dad and God and love and - and everything, said Pier Paolo
They killed my brother in a vendetta--
sometimes I think Im in love with some dude, but then I like maria callas she's cute u know?.
We could go pay em back suggested the brother. The people who killed your brother.
doubt it would do much good, pier paolo wondered.
Let's write to the newspaper.
The next day the brother found out that somebody had killed Pier Paolo with blunt force trauma in a parking lot.
Nobody could agree on why, but one thing was sure. It was some kind of a vendetta.

I still want to get back at somebody for all this garbage, the brother muttered, wandering into a nearby chapel.
An old man in white sat praying with his head in his hands, tears dropping onto his sleeve.
The chapel was always empty so the brother asked, Who are you?"
Used to be the pope, the man said with a German accent.
Nobody quits that job, the brother said, you better go back.
They just hired another guy, a Latino, the old man sniffled. It's complicated.
My butler was boosting paperwork from my desk and everybody blames him but it isn't really his fault.
Holy toledo, the brother said. that's wacked.
Why don't you call em on it?
That would just make it worse, the old man said sadly
Besides that's not really why I'm crying anyways.
Why are you crying then? said the brother.
Two brothers just bombed the Boston Marathon, the ex pontiff sobbed
Ain't that the weirdest thing, said the brother. Thought the marathon was about good news, not bad.
Why did they do it?
to get back at people who hurt them, the German explained. It was a vendetta.

That about did it for the younger brother, who was still on the run from his crazy older brother and could never stay too long in one place.
He had all about decided to head for the border when he chanced upon a Mexican eating barbeque and corn chips on the corner.
Guey! The mexican shouted. Que onda carnal??
Puma? the brother said in confusion.
I dont root for pumas I root for chivas, said the mexican.
Where you headed in such a hurry anyways? You need a passport to get through that gate there.
Life is a bowl of basura, then you die", the brother said bitterly
But I plan on joining up with La Barbie after all, at least I'll take a few suckers with me when I go.
Dont do it guey, the other man advised. But if you must, can I have your bicycle?
Somebody done gone and made off with mine after I tricked it out with a water bottle.
Vendetta? the brother suspected.
Que vendetta? the man needed wheels, and was thirsty for a drink too, the Mexican replied.

Hot and tired, the brother went to a nearby bodega to buy some lemonade for his trip out of gringo land,
when he saw a wetback lying almost dead in the dirt road.
Here, he said.For god's sakes take a drink.

Well done, said a passerby while trying to stifle a cough.
Hey, you want a drink too? You don't look so good, said the brother.
sure, let's go get some lemonade, said the passerby. What brings you to this desolate barrio?
The more desolate the better, answered the brother. My brother wants to kill me and I"m running away to Mexico.
AH, yes, said the passerby. It happens a lot these days.
Always some kind of vendetta.
So what should I do? said the brother. Im exhausted and out of ideas.
Well this is my last day too, said the passerby, my family wrecked my romance and I"m dying of an incurable fever,
but I just wanted to bring a few loaves of bread to some people before I die.
If you want to find out how I got here, read this book my sister wrote: THE VALANGA DI VITA

---We need to get you to a hospital, shouted the brother in desperation, finding he had taken a sudden liking to the mortally ill lemonade sharing passer by.
Help! Up ran a kid with a bunch of papers in her hand.
"Is he dead?" As she knelt next to the dying stranger, the papers blew out into the street.
The brother saw them go and cried, "hey, watch it, you just lost your stuff!
He ran after the papers and read the first one LOS ANGELES COUNTY COURTHOUSE. You in some kind of trouble? Seems like everybody else is.
Actually, no, said the kid. I just got emancipated right now.

The name of our company always makes people laugh and in fact we never chose it, it came about by accident.
We wanted triple Z but it was too popular, and so was triple G and triple C.
But sitting here trying to come up with an answer to "why am I here?",(we have to credit Mr SW with that question)
we realized a lot of things about the name VALANGA DI VITA.
For one thing we can't help noticing that the letter Y is V with I holding it up.
We started to think about how V is the first letter of Valentine.
Turns out Valentine didn't actually originate as a romantic word, but means strong or healthy, according at least to internet sources:

From the Roman cognomen Valentinus which was itself from the name Valens meaning "strong, vigourous, healthy" in Latin.
Saint Valentine was a 3rd-century martyr.
His feast day was the same as the Roman fertility festival of Lupercalia, which resulted in the association between Valentine's day and love.

(And as another point of history, Carnevale ended yesterday.
The word means farewell to meat, because you couldnt eat meat for the next forty days, in honor of the fast of Christ in the desert.
Apparently, Vale was kind of an all purpose greeting, like "stay well!"

So, Valentine kind of goes with the whole idea of mobilizing vitality, which is our tagline!
Now THAT'S kind of cool.