The Valanga di Vita is a public service educational company which inadvertently was named after The Blessed Pier Giorgio Frassati, video below.

But who was this man who appeared as an angel in the coma dream of Kevin Becker?
Pier Paolo Pasolini a controversial film director wrote an essay called "I giovani infelici" the unhappy young people, which explained the existential quest of the valanga.
As one may see from the below video, Pasolini's heart was so broken by the unhappiness he saw that he rejected consolation and hope (at least this is what he says)
Pier Giorgio Frassati seems to answer Pasolini's woe and grief by being "the man of the beatitudes" or the man of true blessedness..

Pier Giorgio is the subject of a book titled "Una valanga di vita" or, a landslide of life.
He was a social and economic revolutionary, a volcano of pure charity who got sick helping the poor and died before he could put some of his social teachings into practice.
However,the "valanga vision" he had which we also have of a more economically equitable civilization is shared by many people all over the world.
The challenge is for all of us to come together and collaborate to make the dream a reality.

The below video is a video about an economic/social experiment in the town of Grosseto, Italy.

Why monetine mondiali? Why world wide money? Why UBI? Why Universal basic income?
@me too is about people being exploited sexually and economically, and that's part of it, but it goes beyond @ME TOO as a womens' issue.
A growing body of research suggests thatITS GOOD FOR MENTAL HEALTH.
NYC Mayoral candidate and former Presidential candidate Andrew Yang is among the supporters of UBI or universal basic income, maintaining that it would be an effective and economic antidote to the exorbitant global price of mental illness.
UBI has been supported by many including MLK and the fans of Fatima.

We believe along with Pope Francis and much of the progressive movement that it's an idea whose time has come.
We believe it would save and improve a lot more lives than wasteful military and medical spending.
isnt that the most importnat public service there is?

How does the volcano become the angel? It's actually the angel that produces the volcano of vita...
It's scandalous, it came about through suffering.
we all know Mithrandir the Misunderstood Maian Martyr met melkor's malicious mayhem in the mines of Moria en route to Mordor....and in recorded history, much maligned Moses meandered up the mountain to meet with the maker and get the mandate written on that molcahete..the lava rock..the stumbling block...the masses got mad mientras moses was missing, they wanted the milk and miele much quicker, and manufactured a molten milk mucca so they could munch.
but monks in the medieval millenium made iLLUMINATED MANOSCRITTI of this legendary history, and now. we are in the age of angels, and the festival canticle, the age of the spirit as berman would say. ASYLUM. WHAT IS IT? WHERE DID IT COME FROM?BELT OUT A BALLAD TO THE BLAMELESS BEAUTIFUL BAE ALONG WITH BRUNATTO AND BENIAMINOHERE
COMING SOON, HOPEFULLY, THE GABOOGLE TM THATS RIGHT TM TRADE MARK BACK OFF BUZOS OR IS IT BESOS SEARCH BAR TO HELP GABUZZOS FIND THE LOST SHEEP HAHHAHAI I seriously can't stand it.
But todays' letter to the Hebrews is about Volcanos and angels so give me poetic license here this is Valanga Exegisis okTHE BELOW THREE VIDEOS ARE ABOUT PIER GIORGIO FRASSATI, THE NAMESAKE OF THE COMPANY, THE MAKING OF THE BUGATTI AND A POPULAR CONCEPTION OF THE ANGELS GUARDING THE GALAXY.

ADMISSIONS: Thisis an example of Tolkien's antidote to nihilism, in other words he developed his theory of eucatastrophe in order to not go insane in WWI, so he's a veteran not only of the war but of the mental wreckage that followed.
This is part of the exam that Liceo candidate would take before entering high school, or before entering University if you haven't taken it already. There is no grade, it's just to make sure you understand this antidote to insanity.
THISis an example of how Pier Giorgio is the answer to Pier Paolo. It is intended for those entering engelblau college, in addition to the musical theater portion of the appliction.
APOLOGIES: THe true mission of this company was scandalous, a stumbling block that was rejected and became the stone of the corner and thus, embodied in the SKANDALON SKOLE.
In the ancient world an apology had the more dialectic dimension of an explanation than our current understanding as a humble "hat in hand" hope of pardon.
This reflects the Greek perception of sin as more of a miscommunication than an agression against another.
This is why they looked at suffering as merely "folly" rather than a skandalon.
Please pardon the emotional rant of the SKANDALON page.
This page is called MONETINE MONDIALI, and the messy and oft maligned story of this company is about Messages, Martyrs, Money, @Metoo, Mental Disease, Medicine to Mitigate same, and St Michael the Military Archangel, and all of that can be found in the story of Matilda.
so in order to avoid misunderstanding about our mission, it might be recommended to make your acquaintance of these. They should probably be relocated to the apologetics page.

Additionally, Pier Giorgio, referred to as a "FARO" or beacon for our times, is in charge, so if there's an issue please consult the "Loschi help desk."

Also a word on sarcasm. It seems to have a similar source as other indirect communication: a refusal on the part of the other to communicate.
If people were kind and respectful and considered each other with love, it would probably never happen.
It seems to be the only defense at times against an attack by someone with greater economic or physical or social power who has chosen to misuse that power to oppress others.

Everyone is an Existential Exile from Eden...everyone seeks Assets to Acquire Access to Angelic Asylum
What price would the people pay for a PASSPORT TO PARADISE?Because entrance to Eden might lead to a visitors visa to valinor... and a green card for the Glad Gardens.
(aside to Palermitani: Ma perche il principe di pace pago nel patibolo? MA SCHERZAMO NOIALTRI? Patimento porco! Siamo veramente pazzi?)
A POWERFUL PECEBRE PENTACOSTAL PASCAL PANE E VINO PIER GIORGIO PRODUCTIONS PROPHETIC PRIESTLY PRINCELY PROGRESSIVE PREACHER MAN PEDAGOGICAL PROJECT
AND SINCE GIORGIO IS THE SPIRITUAL SON OF GUZMAN AND GIROLAMO, HERE

AFRICAN HISTORY TRIVIA: AUGUSTINE OF HIPPO WAS FROM AFRICA, THOUGH HE MAY NOT HAVE HAD A PET HIPPO 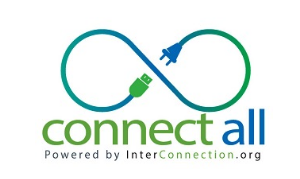 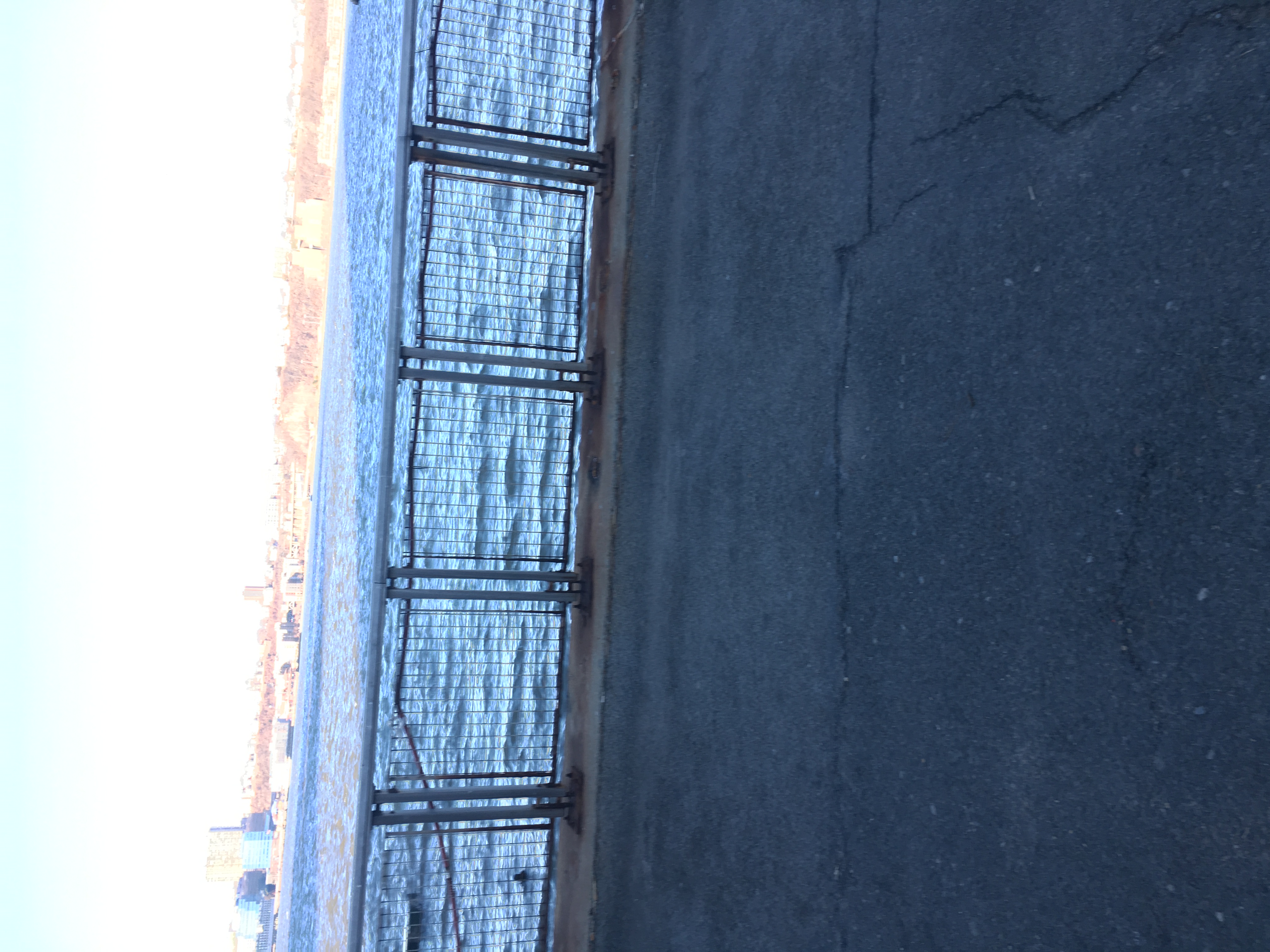 THE VALANGA DI VITA ORIGINAL HOMEPAGE:
"MONETINE MONDIALI"
Since Pier Giorgio wants to wave the Valanga flag please review materials as directed by engelblau. if you listen to your heart you'll probably hear his voice better because he tends to speak in the heart.
Is this material censored? Maybe so but here on neocities there is a modicum of freedom to tell a true story.
The persons behind this company who to the outside world were "priviledged" were tired of what seemed an eternal silent martyrdom of their labor being stolen from them and their persons enslaved and mistreated by the violent, the high falooting and the mentally unhinged,
so they decided to create a company to protect their persons from physical and sexual violence, and their assets from all kinds of people who used their labor to live in luxury.
it might have been called @metoo mondiale, except that that phrase was unknown in 2014.
Minorities have come a long way in articulating their experiences in the past few years.
Monetine mondiali is an Italian phrase meaning, worldwide money.
This came from an experience of economic and physical persecution.
There came a time when the persecuted realized, that no matter how long or how hard they worked, their enemies were always going to move in, and use violence to take everything for themselves.
but no one wants to live under those conditions, everyone has the right to live in peace.
This page was the original homepage of The Valanga di Vita Company, Inc. Where did this name come from?
The original name was much different, a name designed to blend in and be forgotten:
the "double U" Company which could also be confused with the letter W or the word you.
However, when the paperwork was filed it was repeatedly rejected.
A paperwork agent was hired, who insisted that "the double U company" was too common
It seems that Pier Giorgio Frassati wanted to step out front and wave his banner all over the place, which he did.
The purpose and mission of this company was to shelter its members from violence.
However that purpose was not well received.
And so, as a result of that rejection, the true mission and purpose was omitted from the official mission statement,
Instead, the official mission statement references an educational project.
The educational project may be seen as an apology for the actual asylum.
One need not feel threatened, since the materials mentioned in the manifestation of our mutual mission are just songs, movies and other violent events that happened only in a story, or else far far away.To those for whom it is indeed reality, a reality denied by many, fear not-- the engel is your guide.